Everyone without any exception is after winning a jack. Some people are doing it in legal ways and some do it with illegal means. It is due to simple reason that no deep knowledge or money is needed to cheat. Cheating is known by different names in casinos and has different variant, shapes and looks. 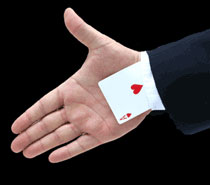 Cheating in simple terms means that you act in a way that is not allowed by the rules of a particular house. Pickpocketing is the easiest thing. Casinos are very crowded places and you may even not note that you lost some money to a pick pocketer. That can happen anywhere. All slot machines and roulette machines are prone to it. There is always someone in the waiting who is after a piece of your cake.

Experienced players in any casinos are ready to deceive any fresh player. If a new player is not taking good care, other cheating players can easily have a look at his cards. Card games are very easy for cheating. Bending of cards is essential to avoid it but precaution should be taken that no eye that is in the sky should be able to see it. This type of players is called Paper Gambler.

Another technique called cards smucking requires extensive talent but it can be easily spotted. In a very critical moment, the player changes the cards with some cards that are hidden in his pocket, in his sleeve or by some other deceitful method. These are known as hand scoffers. A technique similar to this is used in roulette and is known has top hatting.

In this cheating method, a player is being assisted from someone outside the game. These helpers could be other players that are on the same table and keep exchanging signals amongst themselves and know each other's cards through this exchange of signaling information. A good method is staff who can deal some good cards while dealing amongst the players. One of such famous teams was Richard Marcus team that literally stole thousands of dollars in many casinos.

Savannah Move and pastposting were their strong points. Mumbles is regarded as the genius in modern pastposting because a new approach to pastposting was introduced by him in modern casino cheating. One may consider that cheating in roulette is almost impossible because it is practically impossible to influence wheel, its speed, and the moving ball. But every human creation has some inherent defects which are then used by someone for his profits. A biased wheel is a method that has been used numerous times for cheating.

Joseph Jagger made his name by using this method and won something around $325000 during 1873. Casinos are doing their best to stop this menace of cheating. In modern casinos cameras along with guards are watching every corner and everybody. All casinos are trying to convince their clients that each area is covered with cameras. 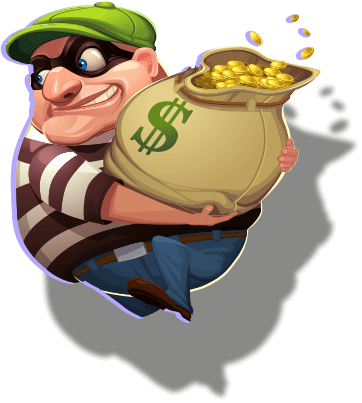